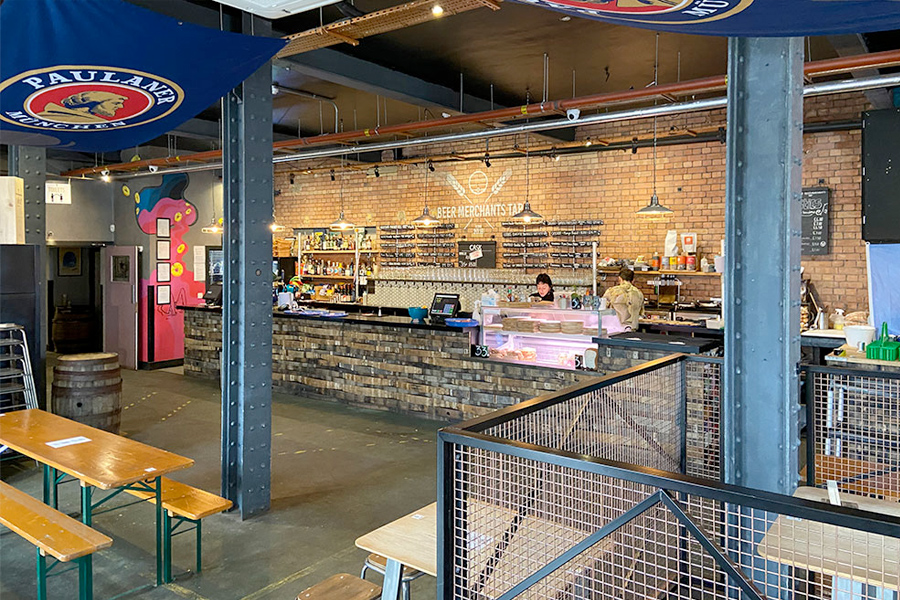 A large and spacious open plan style inside offers safe, tabled seating to approximately 80-100 people, and there is a similar sized outside seating area, mostly under cover. The taproom is extremely clean and well organised, with friendly and courteous staff.

There is a definite European ambiance in this Taproom which is reflected in its decor, music and the beer selection. When we visited, last Friday, the tap list was biased towards the sour and Lambic style of beers from mainly European breweries. (Of the 20 taps only 3 were beers from the UK).

What sets this taproom apart from the crowd is its huge offering of bottles and canned beer kept in 8 large beer fridges. Over 500 different beers are available, including a well-stocked Belgian beer section. Beers are available as Take-Out or Drink-In. Prices are clearly marked, and the drink-in price is typically £2 a can above the take-out price, which is not bad for beer served in bespoke glasses and table service which is excellent.

On the safety side, Covid restrictions were obvious but unobtrusive, and we were able to order beer via an in-house app or directly with bar staff. Either way, table service was prompt and made for a good all-round experience.

The range of food available was limited but included delicious looking toasted sandwiches, as well as meat or cheese platters. On Fridays and at weekends street food trucks set up and serve in the outside drinking area.

Overall, we had a great time at the Beer Merchants Tap and felt it was well worth the visit. 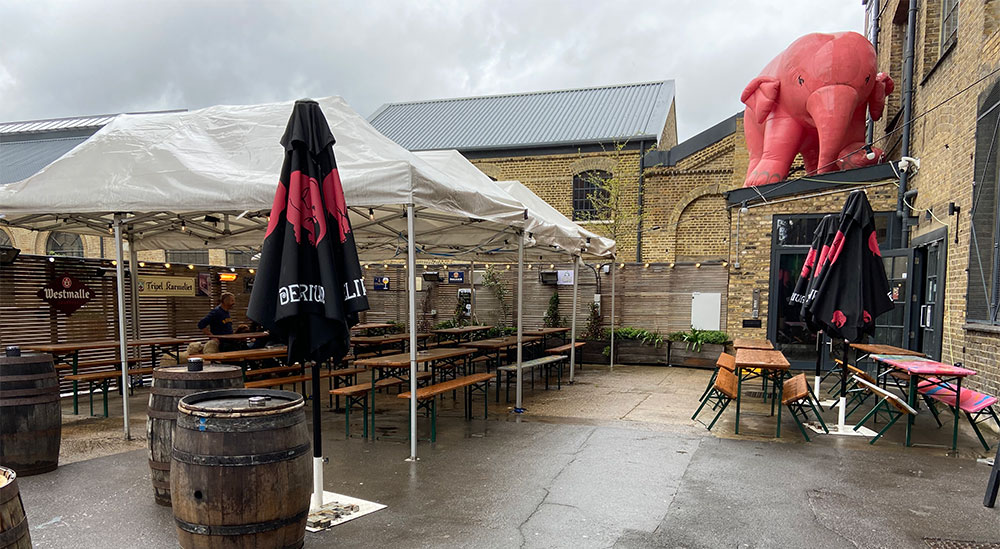