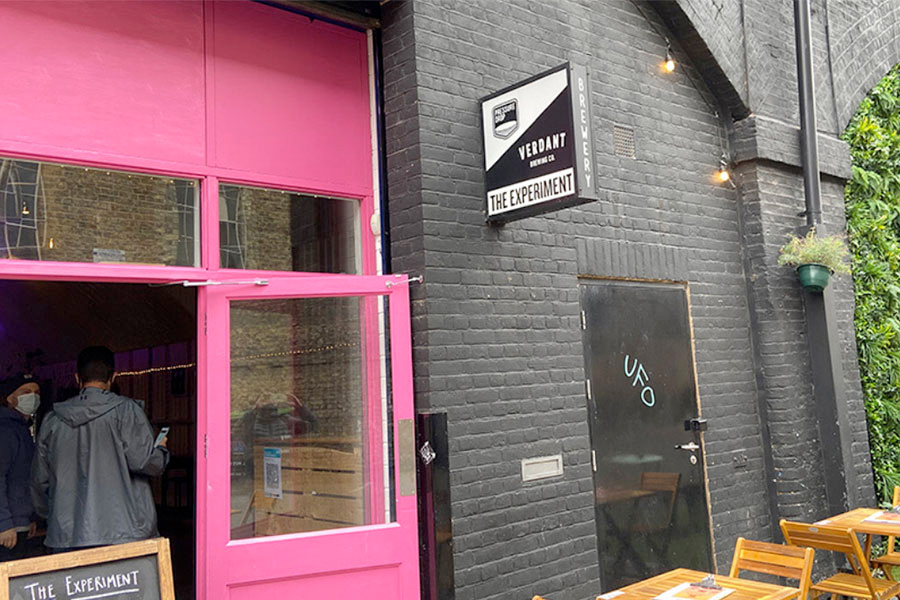 Open on Wednesdays through to Sundays, the Experiment is close to Hackney Central Overground Station and situated in a railway arch. As there are several other Craft Beer and hospitality business in adjacent arches, the area is becoming a popular leisure destination for those in the know.

The Taproom has eight tables inside with several more outside, and serves 10 draft beers, typically 5 each from the two breweries.

They don’t appear to serve food other than crisps and snacks, but with multiple food vendors along the row of arches there is plenty of nearby choice if you are hungry and want another dimension to your experience.

As the Craft Beer Industry, as a whole, often works in collaboration, we find it interesting that more UK breweries have not yet followed the lead set by Verdant and Pressure Drop, by setting up joint taprooms. However, if you listen to This Week in Craft Beer – The Podcast this week, you’ll hear about another one, planned to open in the Greater Manchester area later this year. 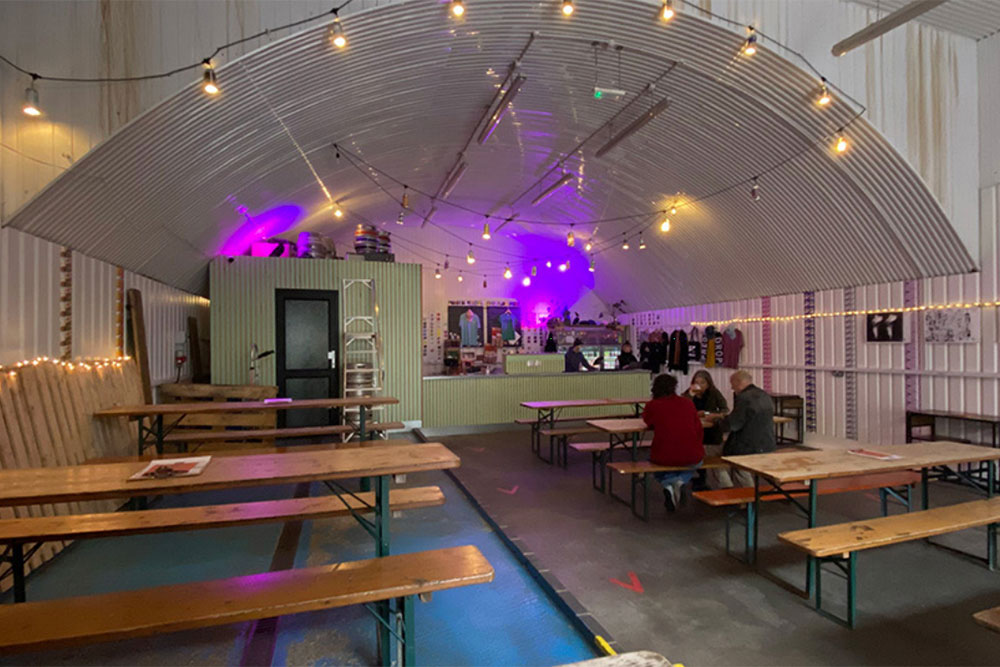