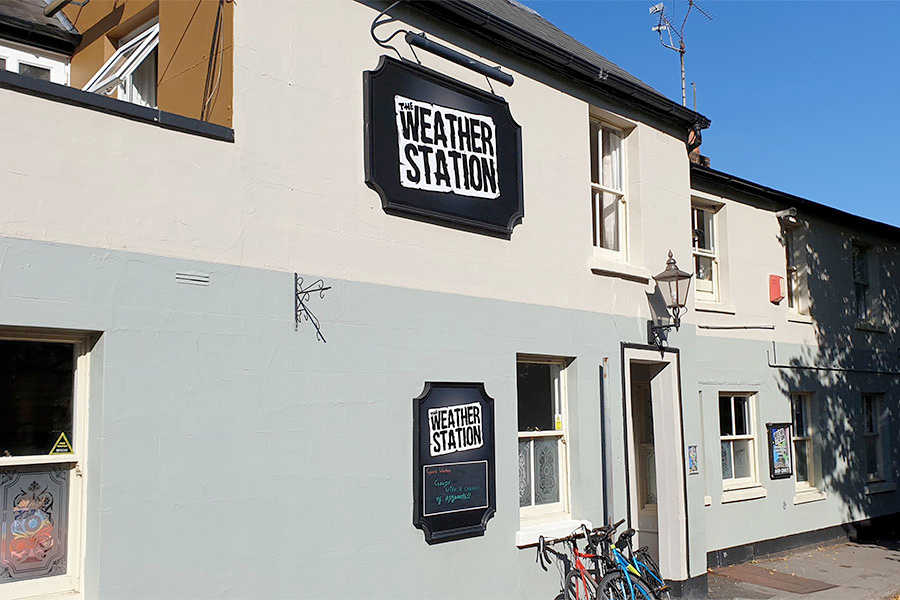 The Weather Station, 19 Eldon Terrace, Reading RG1 4DX
Wild Weather have been offering can sales and growler fills from their brewery in leafy West Berkshire since shortly after they opened in 2012 (the year before Siren Craft opened, and practically “before records began” in Craft Beer years!)

In September 2019 they took the plunge and opened The Weather Station in a quaint back-street pub in Central Reading that used to be known as the Eldon Arms, a few hundred yards SE of the town centre.

The Weather Station boasts 20 keg and three cask lines, and is typically stocked with just over 50% Wild Weather beers, with the remainder populated with a great selection of heavy-hitter guest beers. Yesterday I sampled a Garage IPA and a Staggeringly Good DIPA, and my last visit before lock-down was graced with two different Amundsen “Dessert in a Can” Impy stouts on draft.

The pub has seating for perhaps 10 socially distanced groups, and the staff are waiting at the door to show you to a vacant table. They have just released a great smartphone app, enabling you to order and pay for beers to be delivered to your table, as well as for take-away.

The Weather Station was a very welcome addition to the Craft Beer Scene in Reading, and I thoroughly recommend that you check them out!