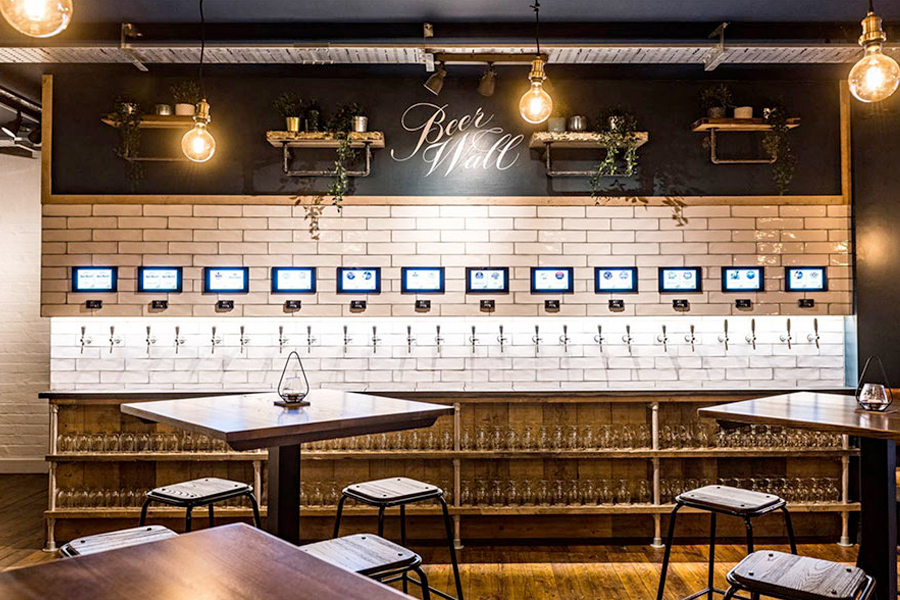 The Tap House, 10 Byard Ln, Nottingham NG1 2GJ
In the heart of Nottingham City centre is an ancient narrow walkway called Byard Lane. Here, tucked away among small shop fronts and various eateries, can be found a Tap Room which is real gem for Craft Beer lovers.

Inside, the atmosphere is cosy, with rustic décor. There are four high, large wooden tables each with 6 chairs, as well as several smaller tables with seating. Outside, drinking space is available both by the entrance in Byard Lane and in a small courtyard.

The main attraction is a magnificent Beer Wall offering a selection of 24 Craft Beers. Rather than being restricted to pours of 1/3, 1/2, 2/3rd or a full pint, the Tap Room allows customers to serve themselves and pour as much or as little as they want. Not only is the Beer wall great to look at but it’s great to use as well.

On arrival customers are handed a personalised card. This is used to activate the beer taps. Details of individual beers are displayed on screens above the taps and, once decisions are made, all
that needs to be done is to slide your card into the reader, grab a fresh glass from underneath shelving, and start pouring. 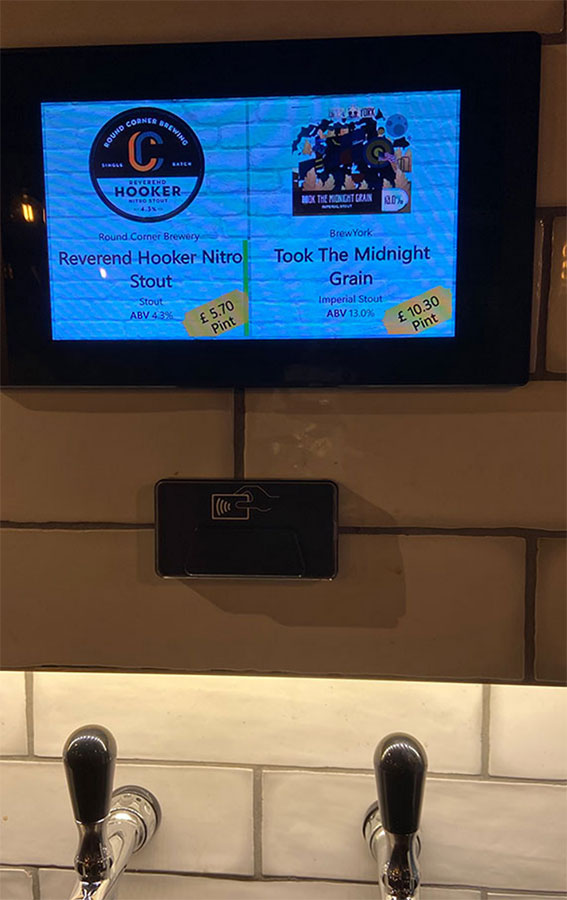 Like a petrol pump gauge, the display tells you in real time exactly how much you have poured, the cost of this pour and your total spend for the evening. Although this system operates in the US, it’s a novel one in this country and one which we hope catches on more. Not only is it the child’s equivalent of being in a sweet shop but it offers great flexibility to the Craft Beer drinker.

It’s always good to have a bite to eat on a Craft Beer evening out, and while in the Tap Room, I (Steve) enjoyed some slices of freshly cooked Buffalo Chicken pizza washed down with mouthfuls of an Acid Crusher sour from Liquid Light, followed by a 13% Imperial Stout from Brew York.

The 24 taps offer a vast variety of world beers of different strengths, styles and breweries and you’re almost spoiled for choice. On your own, or in a group, I can almost certainly guarantee that you’ll find the experience interesting and wanting more.

The Tap House is for walk-ins only and I passed a couple of very happy hours there last Thursday evening, wondering why it was not completely packed out. The staff were friendly, the premises clean, the beer great and the overall experience one to be savoured. If you find yourself in Nottingham, be sure to pay it a visit. 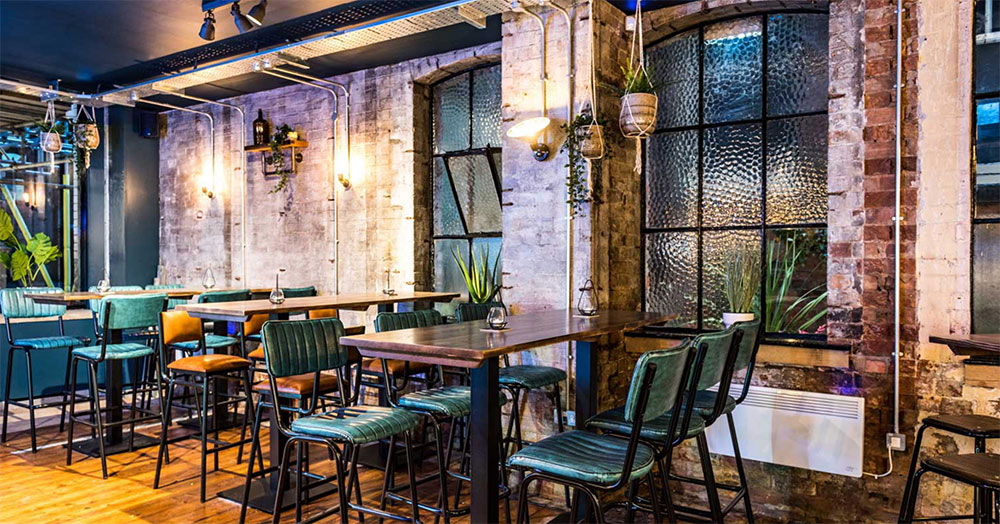 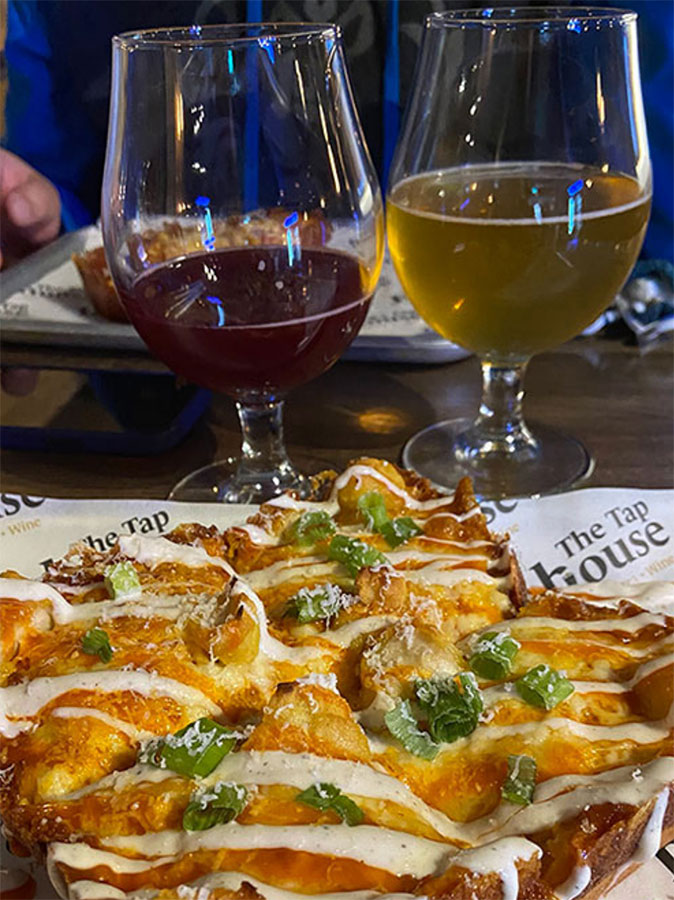