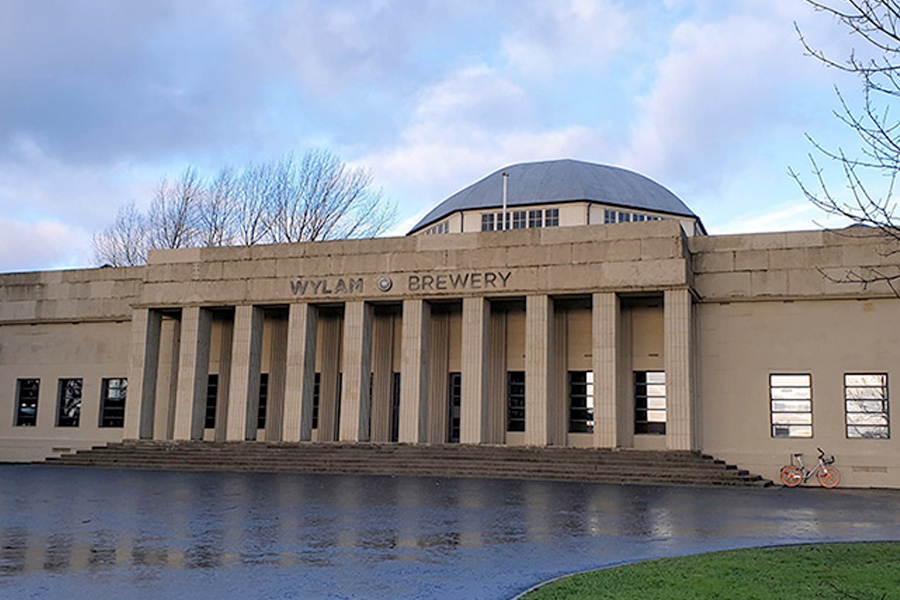 Wylam Brewery & Taproom, Exhibition Park, Newcastle upon Tyne, NE2 4PZ
Founded in Newcastle in 2000, Wylam have executed the tricky manoeuvre of spanning both the cask and keg markets more successfully than any other UK brewery, and would now be ranked on most people’s lists as a top ten UK craft brewer.

The Wylam Brewery and Taproom are located in a magnificent old building called the Palace of Arts, which was built for the North East Coast Exhibition of 1929, and is located in Exhibition Park, about half a mile North of the City Centre.

The Taproom and lounge occupy a spacious area in the entrance lobby of the building, which can be peaceful on a weeknight, but which also can accommodate the 1,000 or so people who attend the regular music events that are staged in the splendid Grand Hall which occupies the centre of the building. One thing I can guarantee about Wylam is you will never drink better beer while watching a band than you do here!

The Taproom has 14 keg taps and 4 handpumps, supported by well-stocked fridges containing a wide range of leading UK craft beers. Somewhat unusually, the Taproom also has a extensive spirits stock, to keep your unenlightened companions happy!

On nights when they are not packed full of concert-goers, there is a decent food menu available, which you can peruse of their website in advance.

In summary, this is about as good as a Taproom can get! The combination of the location, the building, the beer, the food, the music venue and the Geordie hospitality should make this a must-visit on the bucket-list of all UK Craft Beer Fans.